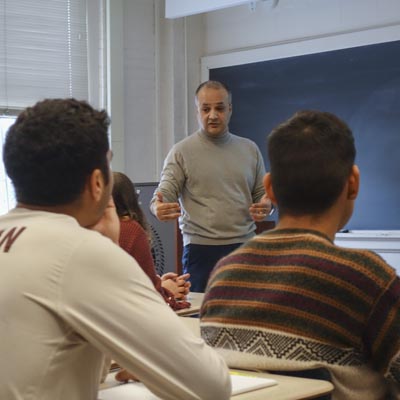 Jawid Mojaddedi, Professor of Religion, has been awarded a one-year Fellowship from the National Endowment for the Humanities for his project, entitled “The First Ever Verse Translation of Book Five of Rumi’s Masnavi.”

Professor Mojaddedi will work during this fellowship towards the completion of his project of producing the first unabridged verse translation of the most influential Persian Sufi poem ever written, The Masnavi by Jalal al-Din Rumi (d.1273). He has already published the first four volumes (approximately 18,000 verses) with Oxford University Press as World’s Classics editions, and was awarded the Lois Roth Prize for translation from Persian into English from the American Institute for Iranian Studies, already in 2005, after the publication of Book One. Mojaddedi’s project has previously been supported by the National Endowment for the Arts with a literature translation fellowship in 2015.

Rumi has been the best-selling poet in the English language for the last two decades, and The Masnavi is his magnum opus. It is probably the longest single-authored mystical poem ever written, and has been described by many academic researchers as the most powerful of them all. Book Five is particularly famous for its inclusion of sexually explicit narratives to convey memorably Rumi’s teachings about the end of the Sufi path.