Contact Tia Kolbaba (This email address is being protected from spambots. You need JavaScript enabled to view it.) 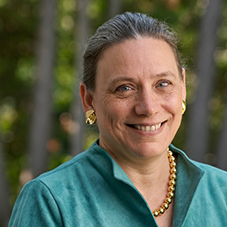 In her current book, Who Owns Religion?, Dr. Patton’s examines the 1990s, a time when the emergence of identity politics and the birth of the internet provided a “perfect storm” for scandalous controversies in the study of religion. In this lecture, Patton discusses two case studies to outline the origins of what she calls the “eruptive public spaces” in which the works of scholars of religion are still vehemently, and at times violently, objected to by members of the religious communities featured in the work. Since readership of works in the study of religion is no longer limited to members of a scholarly guild, Patton argues fora new form of reflection that theorizes the relation of the academy to the public square.

Becoming the first woman to lead the institution in its 218-year history in 2015, Patton launched Envisioning Middlebury to actively guide the community “to have more and better arguments, with greater respect, stronger resilience, and deeper wisdom” when engaging with the most critical issues facing society today. An expert on South Asian history, culture, and religion, Patton is the author or editor of nine books and has translated the classical Sanskrit text The Bhagavad Gita.